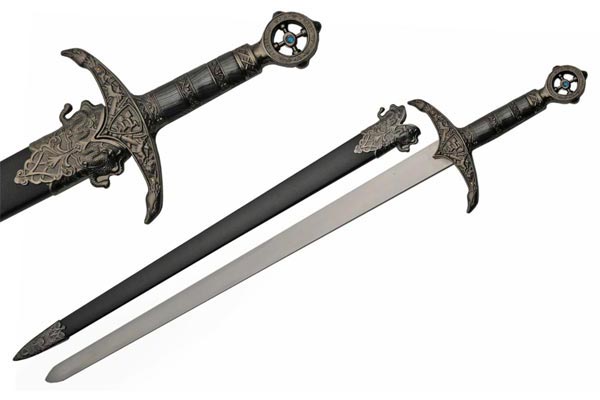 Medieval Earl of Scotland Sword is 33 inches in all. These swords pay homage to the medieval rulers of Scotland like the Earl of Huntingdon. The 22 ½ inch blade is mirror polished and has a beveled, display ready edge. The circular pommel clutches a colored gem in the center. The darkened finish on the handle and cross guard give the sword an antique appearance. The Scottish motif is continued on the cross guard where a kite shield and unicorns are intricately engraved. Medieval symbols are featured throughout the piece including on the handle and on the accents on the leather covered scabbard. Buy the Medieval Earl of Scotland Sword for $79.99.