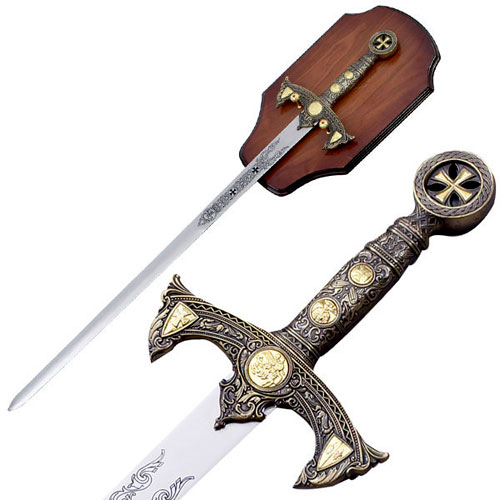 Medieval Knights Templar Swords are a massive 47 inches in all. These swords honor the religious Order of the Templar Knights, real medieval knights who were tasked to protect Christianity. The swords feature an unsharpened, mirror polished 35 inch stainless steel blade that is etched with ornate medieval designs intertwined with the famous Templar symbol. They have the Knight Templar cross in the rounded wheel pommel. The pommel, guard and fittings are crafted of antiqued metal and feature gold colored highlights. These swords include a free wooden wall display plaque. Buy these handsome medieval Knight Templar Swords for $179.99. 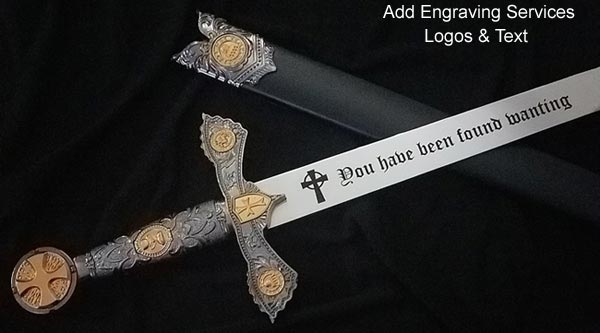