Jon Snow Cape from GOT 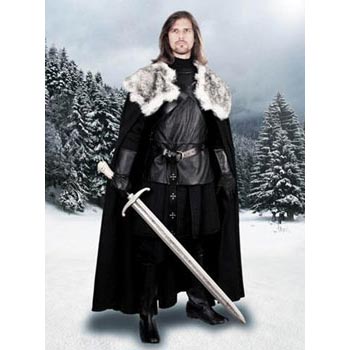 Games of Thrones costumes for sale include the Jon Snow Night’s Watch Cape. This officially licensed costume features a faux fur lining on the neck. The cape has dual leather straps. It also features an adjustable buckle that ensures the cape stays in place during battle. The Jon Snow Night’s Watch Cape is a must have costume for any true Game of Thrones Fan. One size fits most. 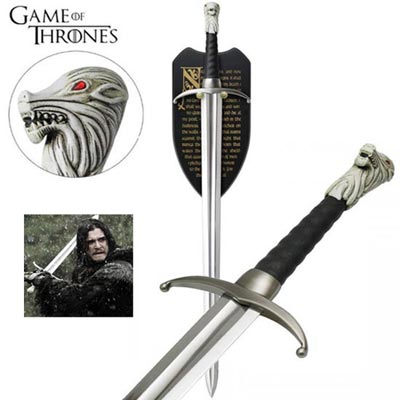 Longclaw Sword of Jon Snow for sale is an officially licensed Game of Thrones collectible. The Longclaw swords are 45 inches in all and feature a 35 inch stainless steel blade. They have a genuine leather covered handle. The metal pommel features an elaborately detailed, antique-finished wolf head, complete with red eyes just like the sword seen in the HBO series Game of Thrones. In order to properly display them, these swords include a wooden wall display plaque. They also include a certificate of authenticity which identifies them as the official movie or television collectible. They are proudly manufactured in the USA. Buy the Longclaw, the Sword of Jon Snow, a spectacular gift for any Game of Thrones fan for $299.99.