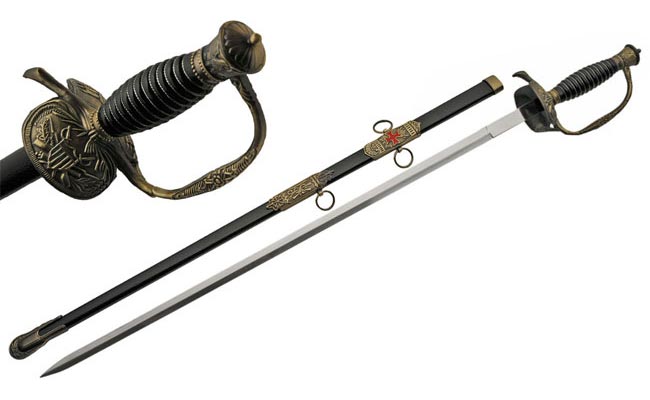 Dark Knight Templar Swords for sale are 35 inches in all. These swords feature the red Templar Cross on the antiqued darkened metal scabbard. The 27 ¼ inch blade has a shiny mirror polished finished and a factory edge. The black leather 7 inch handle is accented by a wire wrap. The antique finish cast metal guard is engraved with a detailed striped kite shield holding a set of crossed swords. The guard wraps around the handle and extends to the antiqued pommel that is accented with decorative flourishes. The metal scabbard has a darkened, antique finish that creates an eye-catching contrasts to the antiqued finish brass colored accents and the famous red Templar Cross. Buy the Dark Knight Templar Swords for $89.99.