Swords for Sale from Top Manufacturers 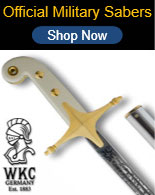 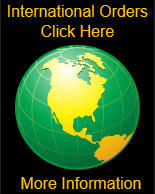 Swords Direct offers all types of swords for sale from top manufacturers. We have been in business for over 27 Years, selling real swords online for over 22 years and are proud to be a preferred Military Supplier. We offer custom sword engraving for gifts, retirements, ceremonies, awards etc. There are no additional delays for engraving. Shop from over thirty categories of unique collectibles and gift ideas on one of the internet’s largest swords site. We accept credit cards, PayPal, GSA Cards and purchase orders.

Military Swords are used by officers and enlisted members in militaries and navies throughout the world. Swords are worn with dress uniforms for parades and ceremonies. They are used for presentations at military retirements and for awards. Sabers are used during ROTC events and for military weddings. They are commonly used when dress uniforms are worn. Bulk discounts and custom engraving are available.

Movie Swords and officially licensed replicas for sale from some of Hollywood’s greatest films and television masterpieces. Swords Direct is pleased to present officially licensed movie swords, knives and collectibles from movies such as the Lord of the Rings and The Hobbit, Conan, The Walking Dead, Game of Thrones and more. Buy the officially licensed premium edition Rambo Knives including the new Rambo Last Blood Knife Collection and The Expendables Knives while they last.

During the era of the Roman Republic, popular swords featured a Gladius or Maintz design. This Roman style featured a two edged straight blade with a tapered point. The handle typically featured a finger grooved grip crafted in bone or wood. The groove provided a solid and comfortable grip. Many blades were engraved with the name of the owner.